How to tackle the Housing Crisis in Dublin 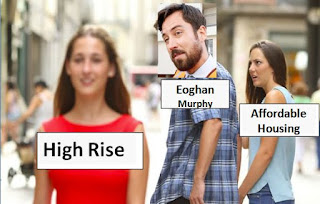 I know I shouldn’t really do this, but…

Talking  up high rise distracts from the substantive issue: low-rise high density development is key to delivering the housing we need in Dublin. 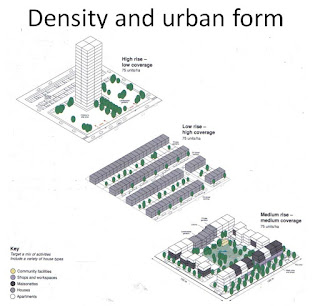 Years ago Richard Rogers in the 'Towards and Urban Renaissance' Report showed that high rise often doesn’t achieve more than low-rise. That's why I feel Minister Murphy  should focus on financing affordable housing.

He could also seek more European Investment Bank funding for this, as well as introduce a Site Value Tax to reduce price of land as advocated by the Green Party and the Irish Planning Institute. He could increase  the Vacant Site Levy from 3% to 10% or a more meaningful figure, and lower the 400 sq. m. threshold. It is crazy that these houses in Phibsboro don’t currently qualify for the levy as the sites they occupy are too small to qualify.

Another source of funding would be Credit Unions. Currently their surpluses go to German Bond markets and elsewhere. They should be allowed invest in Ireland Inc. 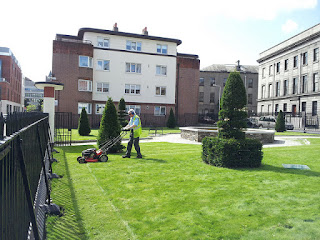 Cost Rental : this is what the Green Party and the National economic and Social Council want to see happen to break down ghettoisation in housing policy. Let’s do this. It’s also time the Department  of Housing gave back powers to Councils. It currently takes years for us to build, as Central Government smothers local authorities with red tape every step of the way.

It’s time the Department of Housing gave back powers back to Local Authorities.  It currently takes years for us to build, and Central Government smothers councils with red tape every step of the way.We also need to take the cowboys and cowgirls out of the rental market and increase standards in the private rental sector.

There’s thousands of underused or empty homes in Dublin and elsewhere, so let’s simplify the Living City scheme and make sure it delivers. How about making available sites for small builders or groups of those who wish to house themselves in our towns and cities: look what the Dutch are doing. And there’s lots of prefabricated home suppliers around Europe: here’s one developed by IKEA and Skanska

Finally, let’s focus on quality, That’s what Herbert Simms as Dublin City architect did back in the 1930s, we should do the same, and architects and others are there to help.

Over to you Eoghan...