“What did the Romans do for us?” echoes in my head every time I tackle challenges on the Transportation Committee of the European Parliament. “What does Europe do for us?” might be the updated version of that old Monty Python line. Over the last three days I have been on a study visit undertaken by the European Parliament’s Transportation Committee looking at transport projects in Germany, Austria, and Italy.  In a sense the trip looked at what the EU is doing for us, two thousand years on from the Romans' achievements. The EU's budget provides €25.6 billion for grants from the EU’s 2021-2027 budget to co-fund Trans-European Transport Network (TEN-T) projects in the EU Member States, and this was an opportunity to see how this money is being spent. As the Greens / European Free Alliance group's MEP who acts as coordinator on the European Parliamenets Transport Committee it was good to get out of the office and see projects like this at close hand.

Wednesday kicked off with a visit to Deutsche Bahn’s massive rail freight yard in Munich. At EU level we constantly talk about the European Green Deal, and a future that is smart, green, and digital. This was a practical example. The German state-owned rail company is working to automate the coupling and decoupling of rail freight wagons. If successful, this could transform dirty time-consuming work and make it easier and faster to send goods by rail. I was impressed with the work of Dr. Evelyn Nikutta, CEO of  Deutsche Bahn cargo who gave us a masterclass on the challenges she faces, and then brought us into the freight yard and showed each of the MEPs present how to put join up and then dissemble freight wagons. For me, the take-away from all of this is that automation and digitalisation is hugely challenging, but if successful, can be transformative in achieving a modal shift to rail for long-distance cargo. In Ireland it is hard to make rail freight successful as the journey lenghts are short, but I intend discussing what Germany is doing with my colleagues back home who cover transport issues. There's certainly scope for Iarnród Éireann to transport more freight by rail, and in doing so help meet our climate goals 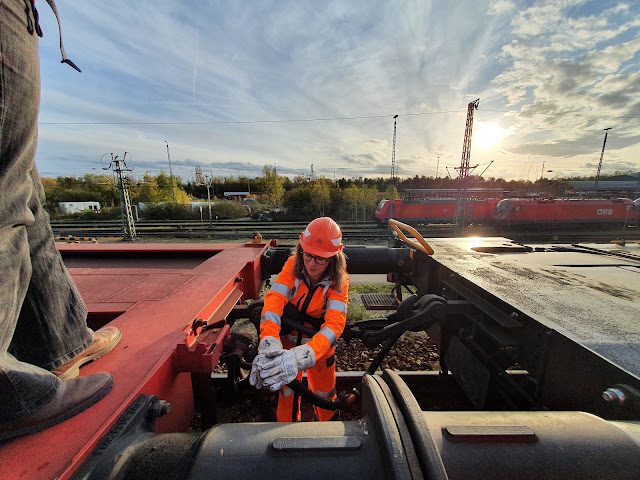 That evening we travelled by coach to Innsbruck, Austria and had a working dinner with the incoming Governor of Tyrol, Anton Mattle and we discussed making the Single European Rail Area a reality. Josef Dopplebauer of the EU Agency for Railways highlighted the regulatory minefield that needs tackling: different voltages, regulations in each Member State for braking systems, Italian requirements for a second person in the locomotive cab and on it goes. Quite a challenge, and hopefully new EU regulations can tackle this, but worryingly the European Commission has not been vocal on this issue since the Fourth Railway Package of legislation was legislated for the best part of a decade ago.

On Wednesday I kicked off the day meeting former Austrian Green MEP Eva Lichtenberger. She explained the challenge of traffic in these steep Alpine valleys, where noise from traffic is a big issue for many, and pollution can be trapped with temperature inversions during the winter months. The new tunnel will help, but with traffic set to increase with economic growth in the coming years the gains from greater rail traffic will be offset by the overall growth. It was clear to me that we must decouple economic growth from environmental damage. 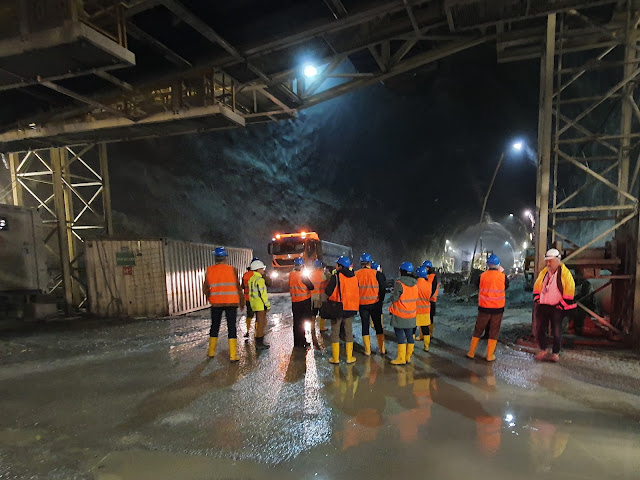 Then it was off to the Brenner Base Tunnel, under the Alps that will revolutionise rail travel on the ScanMed corridor between Scandinavia and the Mediterranean. Pat Cox, former President of the European Parliament is the EU’s coordinator for this massive Trans-European Network Transport (TEN-T) Corridor which stretches from the Baltic Sea to the tip of Italy. In reality, even this section of the route is a series of separate projects that link up to achieve a transformation in connectivity, and I couldn’t help but think that even greater co-ordination is required, as the opening date for this particular section of the route was kicked back from 2028 to 2032, and parts of the rail network won’t be completed until 2040. It was humbling to hear from engineers who started off working on the project just after they finished college, and who will retire before the corridor is completed. After the discussions and a safety briefing, we travelled several kilometres by bus inside the mountain and walked through some of the enormous caverns that have been excavated. The main tunnel will be fift kilometres long, one of the biggest engineering projects underway in the world. I learnt that tunnels like this are hot, wet, loud, and dirty. Water dripped down from the cement sprayed on the ceiling, and this far underground the ground temperature can be in the mid-thirties. There’s enormous potential to use this geo-thermal energy, and in a nearby project it has been used to heat the waters of a fish farm that cultivates sturgeon.

Years ago, the engineer managing the Dublin Port Tunnel told me that for him the project was a communications exercise, more so than an engineering project. Here in the Alps the same issue came up, but more importantly the importance of getting the contracts right seems to be a crucial factor in fast-tracking the project. The project was due to come in at €8.8 Billion, but this seems set to rise, as the main power source for tunnelling is electricity, and energy costs have gone through the roof in recent months. Fun fact: trains in Italy drive on the right, and in Austria and Germany on the left, so the two rail tunnels cross each other half-way through the mountain. It was dark by the time we emerged from the tunnel, and we drove down the south side of the alps to Bolzano in the Italian province of Trentino Alto Adige. 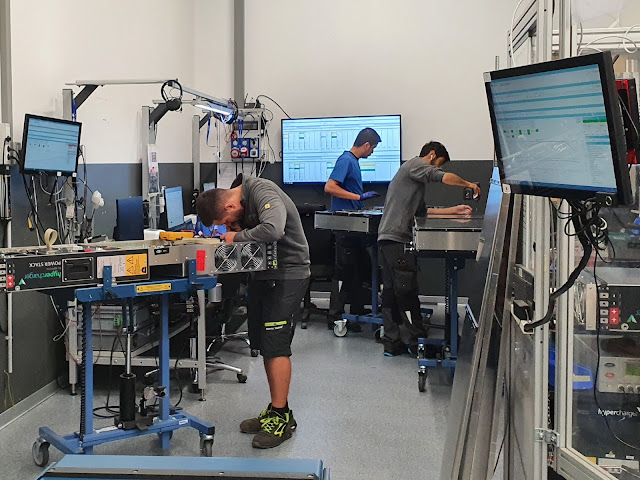 On Friday morning, it was lashing rain, and we headed on our bus to an Industrial Estate on the outskirts of Bolzano. There we visited Alpitronic, a company that makes fast chargers for electric vehicles. Philipp Senoner one of the four founders of the company explained their meteoric growth from thirty-eight employees five years ago to two hundred today, in the process becoming a market leader in France, Germany, Italy and Austria for installing EV chargers. Their hypercharger can deliver 300 kW, and fully charge a vehicle in 15 minutes. Recently US President Joe Biden announced a $7.5 billion boost for “Made in America” chargers under the Infrastructure Investment and Jobs Act, but investment in the EU, and even in Germany will surpass this. Philipp made a plea to us as EU legislators to achieve harmonisation on the calibration methodology and regulation at EU level, a request that I will send on to the mandarins in DG Move, the European Commission’s Transport department. Interestingly he started off his studies in Munich, and their initial products were ground supply power units for aircraft, but now EV charging is the future. One aspect of trips like these is the opportunity to spend time with colleagues from across the political divide. I may disagree with my EPP and ID colleagues when I stress the urgency of green issues, but spending time in each other’s company allows discussions to take place that would not happen in Brussels.

Before I travelled back home by taxis, trains, and a Ryanair flight from Bergamo to Dublin I paid a quick visit to the South Tyrol Museum of Archaeology. There the mummified remains of Ötzi the iceman are exhibited in an refrigerated exhibition case. He died on an Alpine pass 5,300 years ago, and his frozen body was exposed by a melting glacier in 1991. I did not have time to take in the entire display, but the wealth of information that we have learnt about his life at a time before Newgrange and the Pyramids were built is an extraordinary story that will bring me back to this part of Italy at some stage.