Let's shed some light on City and County Managers’ meetings 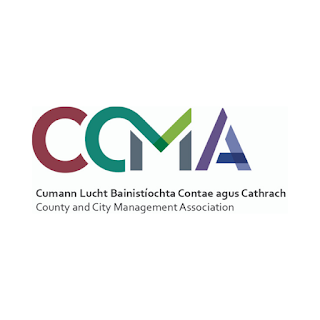 It's time that more was known about meetings of the County and City Managers’ Association (CCMA). They're one of the most powerful organisations in the country. Their thirty-nine members have much of the responsibility for the spending of  about €4 billion a year on running local authorities, and around €3 billion a year on capital expenditure. That's serious money. Clearly they've a lot to talk about. And yet when you try and find out how often they meet or what decisions they make make it can be quite a challenge.

The Local Government Management Agency (pictured above) hosts the CCMA's  web pages which state that the CCMA works "to ensure that the influence of Managers is brought to bear on the development and implementation of relevant policy." It goes to say that "CCMA represents its members on external committees, steering groups and organisations and develops evidence-based positions and makes submissions on relevant issues." That all sounds good and worthy, but it would be useful if the minutes of their meetings and any associated reports were made available to the public so that we know what is discussed. Greater transparency could improve the quality of the decisions that are made, and reduce legal challenges and appeals.

I served for over a decade on Dublin City Council as a councillor, and had the opportunity to watch Managers exercise their power and influence over major investment decisions on transport, waste, water and other issues. After the  Local Government (Dublin) Act 1993 was enacted, three new County Managers were appointed to the new counties of Dún Laoghaire-Rathdown, Fingal, and South Dublin. These Managers meet on a regular basis to discuss matters of common concern.  It stands to reason that these Managers have to liaise with each other and co-ordinate what they do, but the public interest would be better served if the minutes of these meetings were placed in the public domain. In theory the powers of the managers and those of the council are balanced, however the growing complexity of decision making means that many issues have been resolved before they are presented  to the Council. I sometimes got the feeling that the meetings before the council meeting were the ones that really counted.

Occasionally the corporate view of the CCMA is visible when they make submissions that enter the public domain. Back in 2010 in a submission to the Department of the Environment they suggested that the burden of compliance with environmental regulation on Local Authorities was high, and that there should be a move towards self-compliance. Their submission also proposed that the EPA should scale back on monitoring licensed facilities where historic results have remained constant. You could argue that constant values should require a more detailed inspection procedure. Of course unnecessary red tape should be got rid of, but where do you draw the line?

All too often when it comes to the big decisions that will affect the city for the next hundred years there appears to be an over-emphasis on solutions that favour large new-build engineering projects. The future to our water woes requires a large new pipe to the River Shannon; The waste problem demands a major incinerator; Sewage treatment can be solved with another huge wastewater treatment plant in Ringsend, and on it goes. Might this be put down to the managers meeting in conclave on a regular basis? I suspect it is. On many occasions I've found myself arguing for conservation measures, rainwater harvesting, recycling instead of new mega-projects, yet the City Manager insisted on the silver bullet of the major project that will solve all our ills. I suspect this is partially due to the heavy engineering and administrative background of many of these individuals. It may also be influenced by the outsourcing of many of these large decisions to consultancy firms that like to present the single large solution to the problem. An exception to this has been the move by the four Dublin Local Authorities to implement Sustainable Drainage Systems (SuDS) for rainwater management in greater Dublin, but it is the exception, not the rule.

The problem in these uncertain times is that we can't quite predict the level of growth or demand that over the next five years, let alone the next twenty. This creates a challenge for decision-makers. It may mean that spending half a billion euro on building a pipe to the Shannon for Dublin's future water supplies is not be the most cost-effective solution. Perhaps we should be investing money in fixing more of the leaks that waste 36% of our water before it gets to the taps. Perhaps we ought to have considered alternatives to a single large incinerator in Ringsend where the EU has had to call a halt to a client management and public relations contract that has cost us €30m before the project has even been built. Who knows? Of course the lead-in time to these projects can be lengthy, and this is an added complication, but the public interest might best be served by asking people for their opinions and input at the earliest possible stage.

Environmental Impact Assessment tries to ensure that the alternatives to any project are given a fair hearing, but from my experience the consideration of these alternatives is not explored in depth. In recent years there has been a significant shift towards involving citizens in decision-making at the initial stage of the process. The Aarhus Convention established this principle which has been implemented by various Directives from the European Union. I suspect that if the general public were more involved at the brain-storming stage of the process we would come to more sustainable and cost-effective solutions.

In these uncertain times maybe we should be opting for smaller projects to solve some of the big questions that City and County Councils face. These can be then be scaled up, if required. However county managers seem to have a fondness for bringing the big project solution rather than the question to the council chamber.  City and county managers should be more open about what they discuss, and what proposals they are making on on our behalf when they meet. The CCMA Executive tells us that they lead on the key issues to be tackled – mainly “big picture” / high level issues. In fairness to them they did open a twitter account last April but it has only had nine tweets over the last eight months. That's a start, at least, but in the twenty-first century in the interests of transparency the details of their deliberations should be available to all. If we know what city and county managers are discussing when they meet we might have a more informed public debate and discussion at an earlier stage. Chances are it would lead to better decisions.
Posted by Ciarán at 4:38 pm

Emmet Stagg, when he was a minister of stare, once described the County and City Managers Association as "a conspiracy against the State". An alternative view, much more likely, is that they're the Irish equivalent of the French prefects, as agents to implement central government policy. Take your pick! Either way, some of the powers of the 4 city/county managers in Dublin will have to be taken away and given to a directly-elected mayor. Otherwise, there's no point in having one!

Yup, I'll come back to the directly elected Mayor in another post. Currently I'm a bit worried that Rob Ford's antics in Toronto might distract from the need for a directly elected mayor for Dublin