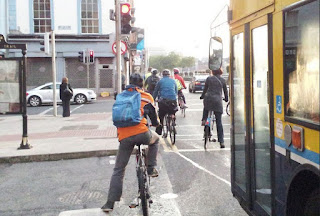 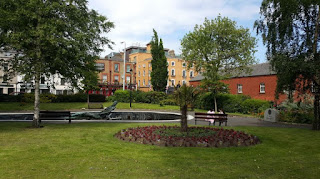 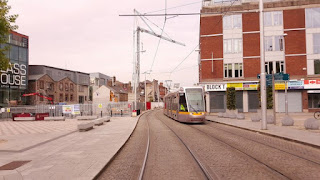 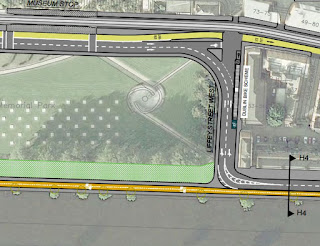 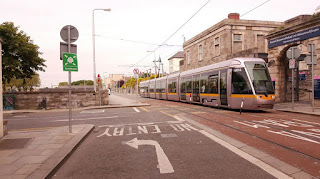 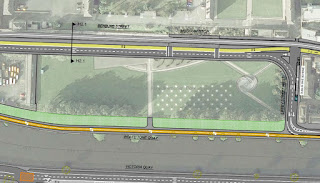 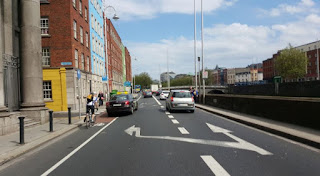 I fully understand the problems with options 2 and 3. I read the complaints from everyone, but still options 1 and 4 are not good. Option 4 is wishful thinking, you could paint six lanes on the Quays and see if we have more capacity. Problem with option 1 is that none of the facilities created will probably be used as intended. I think pedestrians will invade the lane enough (as they will have to jump if they are not at the start of the boardwalk) to dissuade the cyclist from using the lane. The boardwalk has no continuity so people will avoid them. And we have serious narrowing at the exits.

If vehicular capacity reduction is not done, seen reasonable (which is why people REALLY voted for 2 and 3), maybe a solution as they adopted in Madrid is better than the current situation. Basically is moving the cyclist to the next lane closest to the bus lane (to facilitate taxi & buses traffic, as they have priority). But fixed radars should be installed on the Quays, as the 30km/h zone is only respected in the case of traffic jam, other times is a very intimidating 60-70km/h zone instead. There was a lot of resistance from private car drivers to the measure at the start, many of them pretending to ignore signs and trying to make the cyclist go to the bus lane. An information campaign and control from the police is facilitating a certain change of paradigm. I think here would be easier as the driver is less aggressive.

Example layout of the lanes in Madrid, with buses, taxis and bicycles with preference

Ciarán
Born in Shankill, County Dublin, as the snow melted after the long hard winter of 1963. I trained as an architect and planner and studied at University College Dublin, the University of Venice and the London School of Economics. In the Dáil as Minister of State for Planning, I reformed our laws to put the needs of communities ahead of developers. I published laws to tackle climate change and noise pollution, and protect our heritage. I have stood up corrupt rezoning. I am a keen gardener and sailor, and have two children. I am currently a city councillor representing Dublin's North Inner City. I lecture in urban regeneration at the School of Transport Engineering, Environment and Planning at the Technical University of Dublin (former DIT), Bolton Street. I'm the Green Party MEP for Dublin.